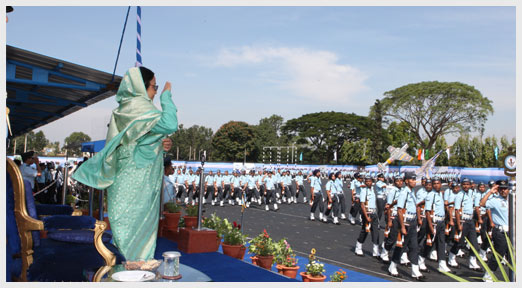 Smt. Pratibha Patil’s involvement with the Armed Forces goes back to the year 1962 when the Chinese aggression shook the nation. Efforts were then being made by each and every citizen to contribute in their own way. As a young MLA, Smt. Patil responded to this clarion call and started an initiative to collect funds for the welfare of the affected soldiers. She received tremendous response especially from women who were even willing to contribute their jewellery. She went ahead to organise a Women Home Guards wing in Jalgaon District and passed the training course with flying colours to become their Commandant in 1962.

This respect for the services rendered by the Armed Forces was an integral part of her when she became the first women Commander-in Chief of the Armed Forces on assuming the office of the President of India.

During her tenure she took active interest in the readiness of the Forces to respond to external threats by visiting various far flung border posts of the Army in J&K and of paramilitary forces like ITBP in Arunachal Pradesh, Air Force stations and Naval bases (including the aircraft carrier Vikrant). 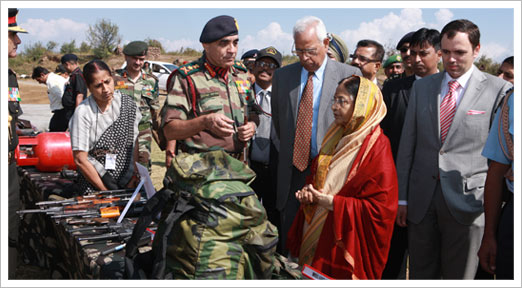 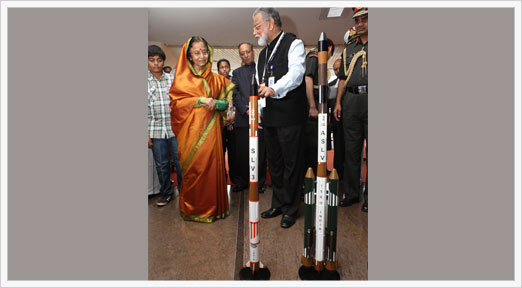 During her Presidency, she ensured attendance at various Armed Forces functions such as 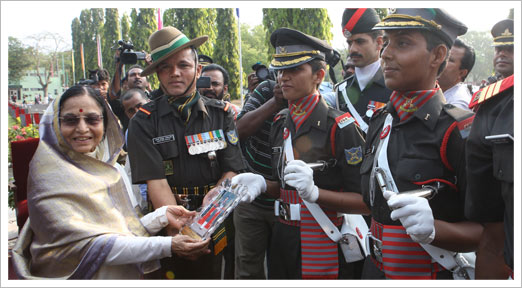 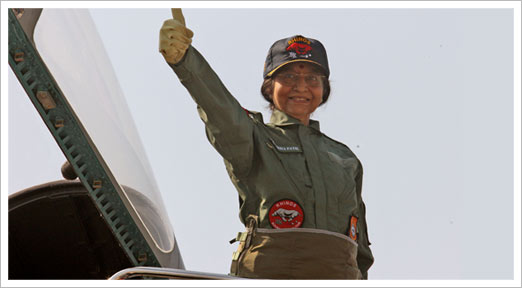 On 25th November 2009, Smt. Patil flew in the Sukhoi 30 fighter plane of Indian Air Force. The aircraft sortie by madam was an encouragement and inspiration for women seeking induction into the fighter aircraft squadrons of the Air Force and in combat roles of the Army.

The Army under Operation Sadbhavna has opened a number of Army Goodwill Schools, mostly in remote inaccessible areas of state like J&K with the intention of providing quality education for a nominal fee to the deprived children. Madam made it a point to host these children during their visit to Delhi and spent time with them despite her busy schedule. 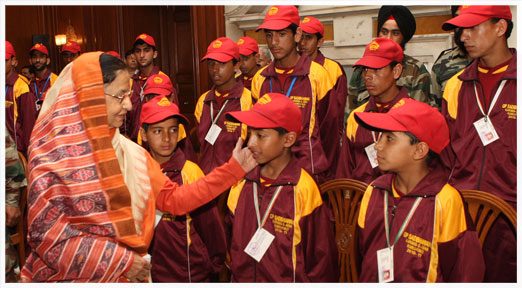 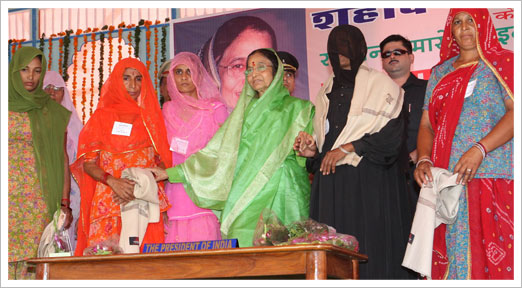 The welfare of the families of the Armed Forces personnel has always been very close to her heart. During her tenure as governor, she personally wrote 1200 letters to war widows living in different districts of Rajasthan, after a group of them met her to explain the problems faced by them. She ensured that war widows who were finding it difficult to live with their in-laws were provided temporary staying facilities in the War Widows Hostel and Rehabilitation Center at Jaipur. A State level committee was constituted by her under the Chairmanship of Director, Sainik Kalyan Board, Rajasthan to look into their grievance and for ensuring provision of entitled relief.

In the week prior to the Independence Day, Madam hosted the freedom fighters at the Rashtrapati Bhavan and honoured them. She ensured their issues like pension were resolved and wherever required government aid was provided for their medical care. 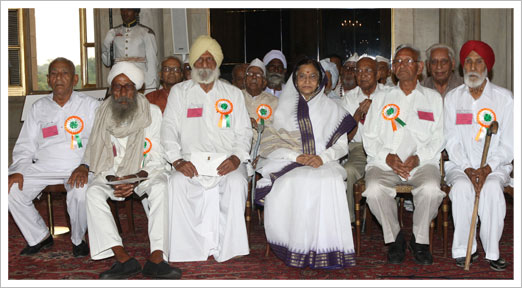 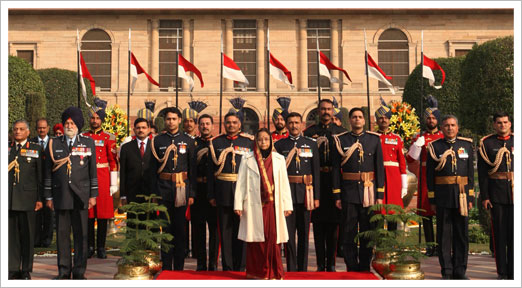 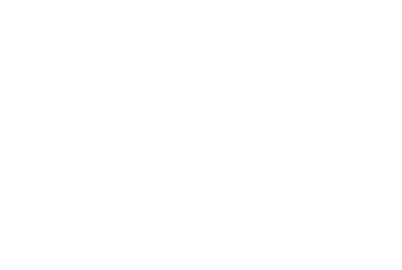