The low productivity and profitability and the plight of the farmers in rainfed/dryland areas was always a cause of concern to Smt. Pratibha Patil. During her Presidency, she was convinced that these areas have the potential of becoming the cradle for improving the agriculture productivity in the country.

Madam had roots in Vidarbha region of Maharashtra which was witnessing a rise in farmer suicide and having represented the constituency she was aware of the challenges being faced by farmers and their families. She felt the sense of urgency and need for concerted action by the Central Government, State Governments, agriculture experts and all other stakeholders to improve the condition of the farming community in these Rainfed/ Dryland areas which were having nearly 40% of the population, mostly belonging to the poorer sections of society. 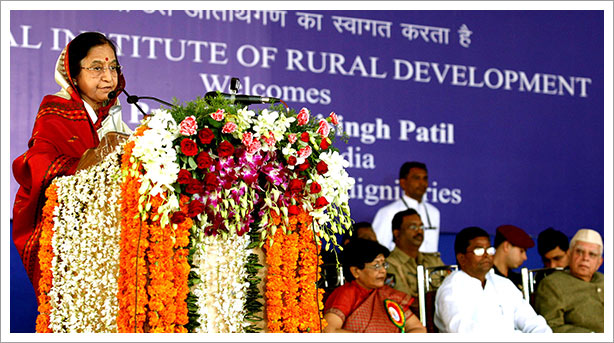 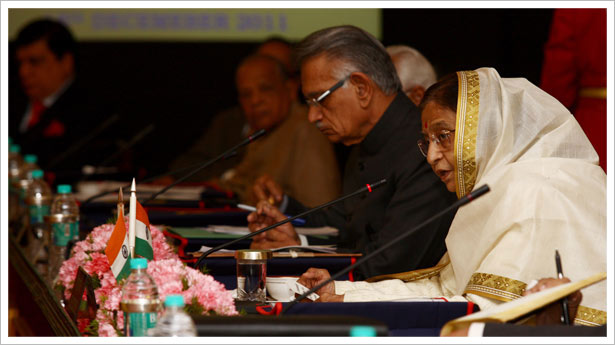 Smt. Pratibha Patil called upon business chambers and corporate houses to enter into farmer-industry partnership, and devise suitable business models to augment the productivity of the dryland/rainfed areas. She also urged Public Sector Enterprises (PSEs), who ushered in the industrial revolution in the country, to come up with innovative business model for farmer-industry partnership and launch pilot projects in selected rainfed districts as demonstration models.

To have a broad based view on the issue, a colloquium on “the approach to sustainable farming in rainfed areas” was organized at Rashtrapati Bhavan on August 11, 2010 which led to the conceptualization that knowledge based agriculture will be the game changer for rainfed farming.

To give further momentum to this, Smt. Pratibha Patil constituted a Committee of Governors in November, 2011, “to study and recommend measures for enhancing productivity, profitability and competitiveness on rainfed areas with special reference to farmer-industry partnership”

One day workshop by experts

After collecting views of State Governments, State Agricultural Research Institutions, agriculture experts, District Agriculture Officers, a one day workshop on “Policy initiatives for promoting partnership between stakeholders in agriculture with particular reference to rainfed/dryland farming” was held in February, 2012. The Workshop was inaugurated by the Prime Minister and several Cabinet Ministers, Governors, Chief Ministers of many States, Deputy Chairman of Planning Commission, Vice-Chancellors of Agricultural Universities, Agriculture Secretaries of States, members of business chambers, farmerproducer organizations and technical institutions like ICRISAT and CRIDA participated.

Important suggestions emerging from the Workshop, Colloquium and brain storming sessions were deliberated at length by the Committee of Governors in several meetings. A road map for improving the productivity and profitability of Rainfed/Dryland farming was prepared and a basic minimum core programme, along with several short term and long term recommendations were submitted to the Government to facilitate re-engineering of rainfed agriculture in India.